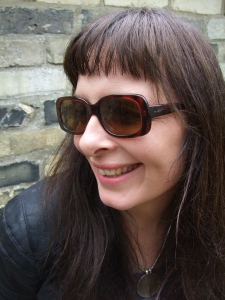 Redell Olsen is a poet and text based artist. Film Poems (Les Figues, 2014) collects the texts for her films and performances from 2007–2012. Some of her previous books include: ‘Punk Faun: a bar rock pastel’ (Subpress, 2012), ‘Secure Portable Space’ (Reality Street, 2004), ‘Book of the Fur’ (rem press 2000), and, in collaboration with the bookartist Susan Johanknecht, ‘Here Are My Instructions’ (Gefn, 2004). From 2006-2010 she was the editor of How2, the international online journal for Modernist and contemporary writing by women. In 2013-14 she was the Judith E. Wilson visiting fellow in poetry at the University of Cambridge. She is currently Professor of Poetry and Poetics at Royal Holloway, University of London

What do you suggest people might read or hear in advance of hearing you?

My website has extracts from my books: you can download two early books of mine called, ‘Book of The Fur’ and ‘Book of The Insect’ from my website (the link to the PDF is at the bottom). There is also a PDF extract from ‘the minimaus poems’ in Secure Portable Space. There are some extracts from more recent work in PN Review (…but you might need a subscription to access these outside an academic institution).

You can also hear a lecture that I gave at the Society for Artistic Research (SAR). University of the Arts, The Hague & Leiden University last Spring (2016) which you might find useful if you are at all interested in the relationship between conceptual art and writing – a topic that informs a lot of what I do in my writing https://www.researchcatalogue.net/view/241154/280781

Where can we find one critical (or other) response to your work that you have found provocative, interesting, insightful or generative?

Point us towards some examples of work in other media (art/cinema/music etc) that inflect upon your work, in any way at all:

The paintings of my late father Geoffrey Olsen continue to provide sources of inspiration and an ongoing dialogue with the question of how to make work but I thought that by way of a more direct answer I would give you a series of links to works that have contributed to the conceptualisation of Punk Faun: a bar rock pastel (sub press, 2012) and hopefully the links give a sort of insight into how influences and sources get utilised in my writing process. The blurb on the back of the Punk Faun describes how:

‘This work was commissioned by Isabella d’Este for the walls of her studiolo after she attended a daylong screening of Matthew Barney’s Cremaster at The Roxy in Brixton, London, and a few weeks later stumbled upon an artist’s talk by Raphael on Ed Ruscha’s painting “They Called Her Styren.” However, it was her experiences that same evening in a karaoke bar off Oxford Street that convinced her to go through with her planned idea and to approach a writer who could carry out her design for a bar rock pastel. https://www.moma.org/explore/inside_out/2010/12/16/the-raincoats-shouting-out-loud-at-moma/

At the time of the commission the patron was herself concerned with the plight of deer on the roads of Europe and North America and was an ardent campaigner for the introduction of sonic deer deterrents based on installations pioneered by Max Neuhaus. In a drawing, now unfortunately lost, and in this written description (for the first time available here within the text of a popular edition) she details her request for a masque of grotesque pastoral and mythic proportions, a cloven poetics (http://redellolsen.co.uk/wp-content/uploads/2012/09/Olsen-cloven-poetics2.pdf) that would feature commerical activity to be streamed live on the walls of her studiolo. She similarly required the inclusion of players as ordinary citizens—or often as ordinary citizens as artists—”got up in devious animal brocade,” to perform whatever forms of cultural consumption, display and collection they encountered over the duration of their everyday experience, all this for her personal entertainment and meditative consolation. D’Este paid for the work upfront safe in the knowledge that she had purchased a piece of poetic invention in which even the title was against itself.’

It is in the synthesis of these disparate influences and out of this kind of highly stylized network of relations that the space for Punk Faun: a bar rock pastel emerged as I imagined the poems as texts to be streamed live in d’Este’s studiolo.

What readings or performances most shook you up, and why?

I was ‘wowed’ and somewhat speechless the first time that I encountered videos of Charles Olson reading from his Maximus Poems. I had already written The ‘Minimaus Poems’ (Secure Portable Space) by then, so it didn’t impact directly on that project at the time of writing. When I watched the videos I was so struck by that series of incredible gestures with his arms at the end to describe the space and says, ‘Polis is us’ – I am usually pretty ‘shaken up’ – if that is the right way to describe how incredible the power of his presence and articulation are. At the same time I am deeply suspicious of such power in relation to the audience. The tensions between these two have been really useful for thinking about how to position my own work and performances in relation to the audience.

To return to your question, I also had an intense reaction the first time that I heard the voice of Gertrude Stein and later that of Virginia Woolf for the first time . I love the recording of Stein talking about using new words; there is a clarity and directness that is absolutely instructional in how to do theory and practice simultaneously. It is amazing to me to have read these writers so carefully on the page and so suddenly to have them made present after so many years. I suppose a current generation of writers has grown up able to access this material first off as they get to know the material and that must make for a whole other relationship.

A contemporary poet whose readings has provoked some of the most exciting reactions in my students and whose style I find really fascinating is Juliana Spahr. The power of her reading of ‘Unamed Dragon Fly Species’ is compelling for the way that it builds and loops back in a growing ecopolitical driven form of protest. Other readings and or performances by poets that I have found really memorable and important to me include those by Drew Milne, Allen Fisher, Tom Raworth, Susan Howe and Lisa Robertson.

What writing (or whose writing)  is exciting you now?

Well, certainly all of the writers that I have just mentioned. I have just got hold of Judith Goldman’s new book Agon. Her work is really exciting and always provokes new ideas in how I am thinking. I am also very intrigued by Vincent Broqua’s book Recuperer and the online manifestation of the work which allows you to search for different words in the original text and then find them alogorithmically sorted and changed into a new and emerging text – themselves recuperated into a new form. I am also really excited about Susan Johanknecht and Katherine’s Meynell’s ongoing collaboration which responds to Ilziad’s Poesie du Mots Inconnues both very positively in terms of the interest in the form of his anthology which is made up of so many loose leaf works that can be reordered by the reader and more critically by noticing how few women writers were included in the original anthology. Their project began by researching different women writers / artists that have been erased or overlooked in various ways in the last century and then to make a series of bookworks in response to some element of these women’s work or life – a contemporary project in critical dialogue with Ilziad’s original project.

What/who do you wish people read more of?

Gertrude Stein, Barbara Guest – all of the writers mentioned above.

What do you wish you read more of yourself?

In contemporary terms I would like to read more innovative writing from Europe – particularly Scandinavia. I would also like time to return to poets such as Michael Drayton, William Blake and Margaret Cavendish whose work seems to have been so conceptually far ahead of its time.

What is your writing for?  And what is it against?

I think that is probably for the reader to decide… for you obviously as you are still here reading this!

Entropics is funded by the University of Southampton and supported by the Department by English and Centre for Modern and Contemporary Writing.  We are delighted to be hosted by the John Hansard Gallery at Studio 144. 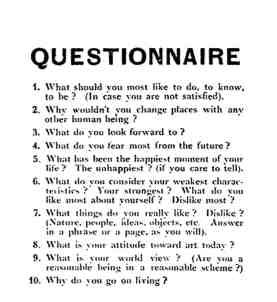 The last number of the Little Review magazine (1929) contained a questionnaire which had been answered by a fine cadre of modernists and modern people, including Emma Goldman, TS Eliot, Mina Loy, Constantin Brancusi, Havelock Ellis and Gertrude Stein. The poet-pages below remember this questionnaire, whilst also seeking to elicit responses from the poets which might open their practices to new audiences, new ears.